My brothers and sisters in sugar loving life. For all of those who thought this is was a good idea but were too ashamed to bring it up for fear of damnation. To all the men who wanted it so bad but were fearful of judgement and the look of hurt and mocking from their fiancee’s. For the brave and delicious at heart who thought they would have to bow at the throne of tradition. Your day of liberation has come! 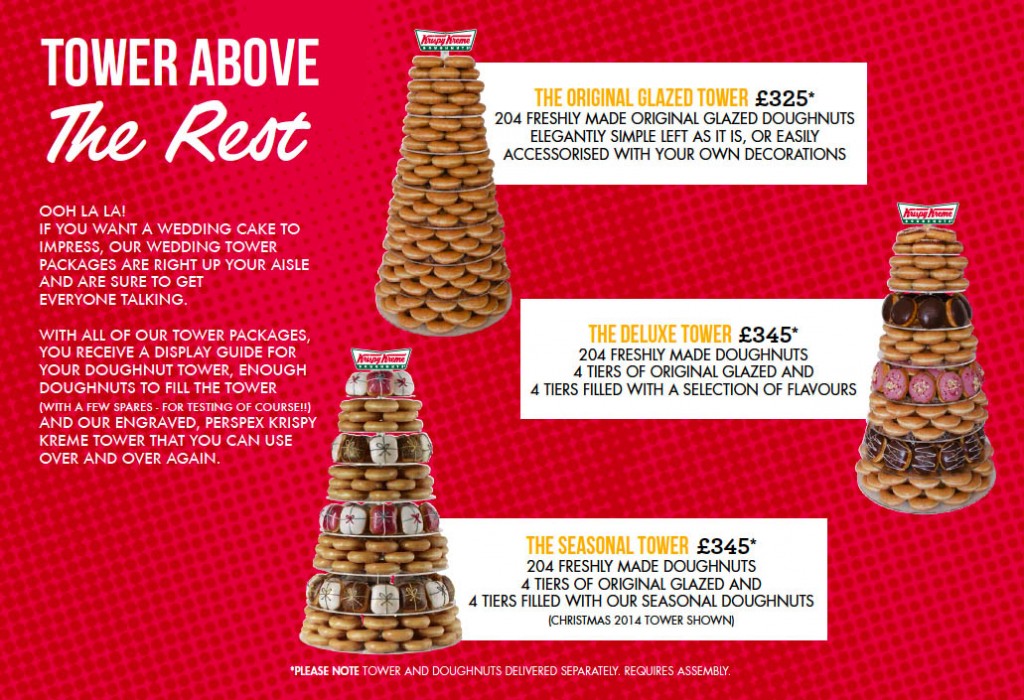 Krispy Kreme have done it, officially launching their wedding cake alternative. It is not a new idea as  I have seen them bought and decked by brides & grooms before. However, it is now an official service, potentially saving you from driving from one place or another before your big day. Even though I hate to admit it, there may be some of you out there who do not (why!) like cake. This blog is a safe place for you, we love you and our hearts are still open. But if you like donuts? Bingo!

I’ve scoped out their releases regarding this and was rather surprised that the press for this hasn’t been bigger in the UK. Launching Krispy Kreme wedding cakes to the masses are a truly great alternative idea! With prices starting from £325 for a tower of 204, it is pretty affordable. I am quite literally salivating as I type….and mentally calculating how far my nearest outlet is.

They haven’t stopped there….oh no! Wedding favour ideas too! 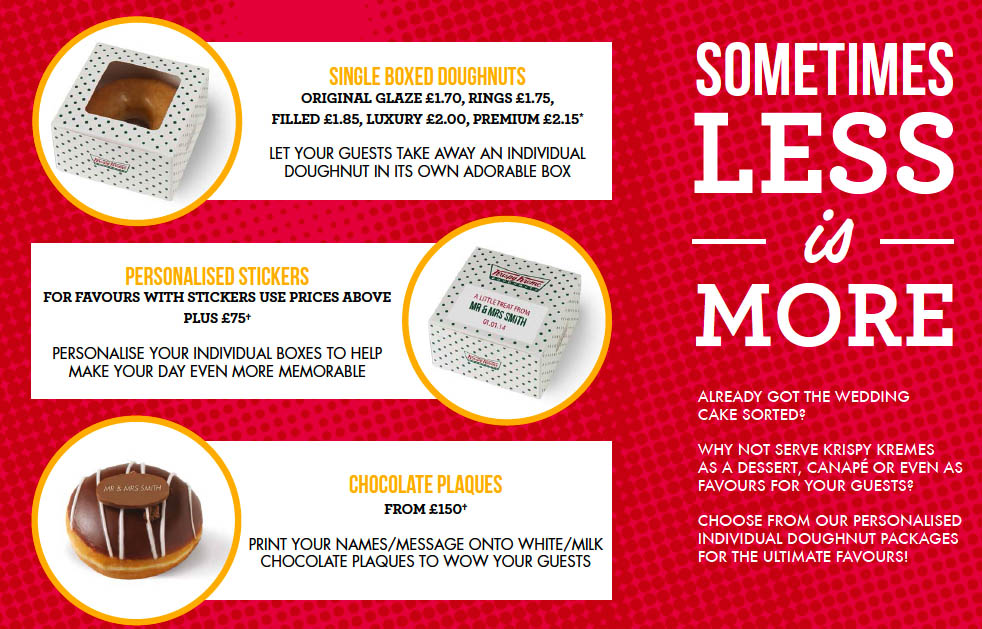 If your thinking cool idea but this is just not pretty enough? Check out this pretty decor.